Continuing my browsing of old copies of the Conference Report, I ran across another quote by President Joseph F. Smith that struck my interest. I think it has interest for a couple of reasons. First, the complaints we often hear from critics concerning how LDS leaders deceive regular members is nothing new; it has been around for at least a century. Second, it is impossible that our leaders could mislead us. Here’s the quote: 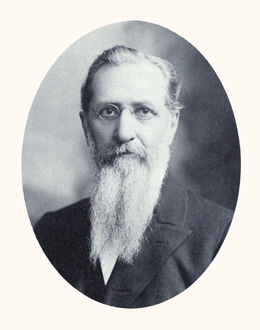 Some people in the world appear to have a great deal of sympathy for the poor, deluded, innocent, honest, deceived, down-trodden and misled Latter-day Saints, as they seem to regard them, and at the same time they have fierce judgment to pronounce upon their “wicked and designing leaders.” I wish to say to our friends, here, that there is no man nor set of men on earth today that can mislead this people very far out of the path of rectitude, righteousness and faith in the divine mission of the Prophet Joseph Smith. It can’t be done. Why? Because they know the principles of the gospel, as well as their leaders do. They have borne testimony of this truth to the world, almost to a man. (President Joseph F. Smith, October 1910 General Conference, Conference Report, pg. 127.)