There has been much discussion over the last several years about the approach that should be used in apologetics. Some have extended this discussion, using it as a springboard to discuss the value of apologetics in general. I touched briefly on the topic of approaches to apologetics in a post back in November.

As someone who has been involved extensively in apologetics, I think it beneficial to provide an overview of both the value of and approaches to apologetics. Because of the complexity inherent in the topic, I’ve chosen to actually make this a series of blog posts. In this installment (which will probably be the longest of the installments) I’ll focus on the definition of apologetics, what constitutes an apologetic, and the value of apologetic endeavors.

Apologetics is defined as the defense of belief or faith.

Some make the mistake of thinking that apologists (those who engage in apologetics) are making apologies for their belief, as in saying “I’m sorry that I believe.” That is not the case, though apologetics and apology both come from the same root Greek work: apologia. This word is defined as “defense or justification of a belief, idea, etc.”

Apologetic works have a long history, having their roots in works by the early Christian fathers who defended their faith against critics through the writing of formal treatises and books. The numbers of apologists over the centuries have been legion, but some may recognize the names of a few who have engaged in apologetics in recent years, including C.S. Lewis, William Lane Craig, and Ravi Zacharias. Among the LDS branch of Christianity, notable apologists have been John Taylor, James Talmage, Hugh Nibley, and Daniel Peterson.

Christian apologists often cite scriptural mandate for engaging in defenses of their belief. The apostle Peter, writing to members of the early church, indicated that they should “be ready always to give an answer” (or, in the Greek, “a defense”) to others. (See 1 Peter 3:15.)

In general, the writings of most of the biblical authors can be seen as giving reason for (or defense of) their beliefs in what God commanded.

What Constitutes an Apologetic?

At its simplest, an apologetic is an argument or series of arguments made in favor of a position, proposal, or hypothesis. The applicable dictionary definition refers to an apologetic as “defending by speech or writing.”

In providing this definition, I want to be careful that you don’t confuse argument with argumentative. Apologists don’t argue. Well, some apologists—being human—do argue. That is a human trait. But it is not an inherent or required trait of apologists. 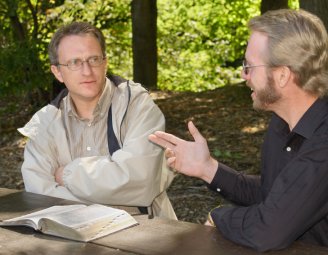 Apologetics can be as simple as discussion with a friend.

Since the common definition of apologetics (as presented earlier) deals with religion, most apologetics are arguments presented in defense of religious beliefs. (If a friend has ever asked you “why do you believe this?” and you provide an explanation, you are engaging in apologetics.) The terms apologetic and apologist need not be limited to religion, however. Someone can be an apologist for any position. A few examples may help:

Among some people, apologists have garnered a bad reputation. In their view apologists are somehow tainted and the term is used in a pejorative (negative) manner.

It is interesting to note that a person who attempts to pejoratively label another an apologist is, by definition, engaging in polemics. Simply by casting out the label in this manner, he or she is utilizing a common rhetorical device of polemicists known broadly as argumentum ad hominem (an ad hominem argument) and more narrowly as poisoning the well.

If the person doing the labeling further attempts to convince another of the validity of their polemic, then he or she becomes (again, by definition) an apologist. The labeler thus becomes, ironically, the very thing he or she ostensibly finds offensive in the other. For this very reason, it becomes virtually nonsensical to try to derogatorily attach the label apologist to your opponent or apologetic to your opponent’s endeavors since by doing the labeling you are engaging in the very thing with which you find fault.

In reality, what most people find objectionable is the behavior of others they observe or with whom they attempt to engage. Few people like to engage with an obnoxious, irascible, belligerent, condescending, inconsistent, or unprincipled opponent—at least not for any prolonged period. However, all of these characteristics (and many others not listed) are not endemic to apologists. They are, instead, part and parcel of the human condition; they (and many other negative behaviors) can be exhibited by anyone, apologist or not.

Why limit it to apologists, however? Bad behavior can be found in all walks of life. Some of the most obnoxious and condescending people I’ve known just happen to be scholars or celebrities. And don’t get me started on the god complexes exhibited by some medical doctors! Should all scholars, celebrities, celebrated scholars, or medical doctors thereby be summarily dismissed or their collected works called into suspicion? Of course not.

To paint all apologists with the same brush because of the behavior of a percentage of those apologists is to unfairly stereotype others. It is their individual works that need to be evaluated for merit, on a case-by-case basis.

The Value of Apologetics

Perhaps the most famous and succinct apologetic for the practice of apologetics is a quote by Austin Farrer, noted Anglican theologian and philosopher.

Though argument does not create conviction, the lack of it destroys belief. What seems to be proved may not be embraced; but what no one shows the ability to defend is quickly abandoned. Rational argument does not create belief, but it maintains a climate in which belief may flourish. (Austin Farrer, “The Christian Apologist,” in Light on C.S. Lewis, ed., Jocelyn Gibb [New York: Harcourt, Brace & World, 1965], 26.) 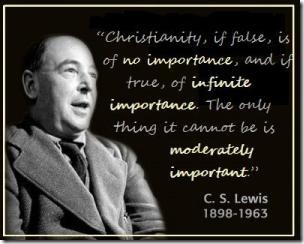 One could argue that Farrer’s statement is somewhat simplistic, but it is—for most people—very true. Within the realm of human experience, one must have an environment in which belief is possible. Apologetics, at its best, provides “rational argument” that makes belief possible. If someone reads an apologetic and comes away saying “that makes sense; my experience leads me accept that explanation,” then the work of the apologist is fulfilled. And, further, in the marketplace of ideas, such apologetic endeavors are to be expected.

I should note here that the “realm of human experience” may include, for individuals or for entire communities, events that preclude the need for the catalytic value of apologetics. For instance, consider the following statement by Joseph Smith, after recounting the story of Paul before King Agrippa:

So it was with me. I had actually seen a light, and in the midst of that light I saw two Personages, and they did in reality speak to me; and though I was hated and persecuted for saying that I had seen a vision, yet it was true; and while they were persecuting me, reviling me, and speaking all manner of evil against me falsely for so saying, I was led to say in my heart: Why persecute me for telling the truth? I have actually seen a vision; and who am I that I can withstand God, or why does the world think to make me deny what I have actually seen? For I had seen a vision; I knew it, and I knew that God knew it, and I could not deny it, neither dared I do it; at least I knew that by so doing I would offend God, and come under condemnation. (Joseph Smith—History 1:25.)

This example is not provided to suggest that Joseph’s experience was beyond reproach, but it certainly was beyond reproach for him. (The same could be said about others having experiences with the divine, including Mohammed, Joan of Arc, Paul, and those present at the Day of Pentecost.) For  individuals experiencing what they view as incontrovertible interactions with the divine, the apologetic effort of others is superfluous. Such individuals are self-aware of whatever truth they ascribe to their event, independent of human persuasion. Such a person’s belief will flourish regardless of whether apologetics for that belief exist or not.

For the rest of us, though, apologetic efforts are part and parcel of life and they form an important part of our reasoning and, often, the sense we make of the world around us. The value of apologetics is seen in its ability to craft a framework (or reinforce a framework) in which we come to terms with our world and our place in it.

This is, indeed, a valuable service.

In the next installment I’ll examine apologetics as it is practiced in the online world.