The Church’s issuance of what is undoubtedly only the first guidance and instructions to priesthood leaders in the United States relative to gay marriage has led to a lot of commentary around the world. I provided my own comments on the topic and then looked around for thoughtful comments by others. Some I found were just that—thoughtful. Others, not so much.

One interesting read was penned by New Zealander Gina Colvin, over at the KiwiMormon blog on Patheos. Her essay was emotional and emotive, based upon what she saw as two overriding flaws in the Church’s instructions: they were Utah-centric and they were theologically “not thorough.” I found the reading interesting enough that I decided to analyze her analysis, as it were—at least in part.

Here’s how KiwiMormon addresses the first flaw she sees:

The first flaw in this missive is that once gain [sic] the WHOLE, GLOBAL, WORLDWIDE church is implicated in the political machinations of Utah. As the ultra  conservative Utah church responds to the super conservative Utah politics it sends doctrinal ripples out to the rest of the world which means that with impunity they have a habit of dropping very gauche, very noisy, and very foreign eggs in our local nests. 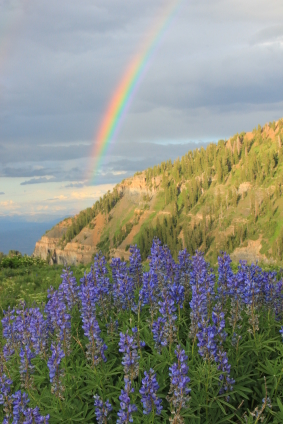 If one’s “first flaw” can be demonstrated to be incorrect, then are the conclusions drawn from that flaw also incorrect? Of course. The major problem with KiwiMormon’s assumption is that the “missive” wasn’t addressed to the WHOLE, GLOBAL, WORLDWIDE church; it was addressed to the “congregational leaders throughout the United States,” as it clearly states at the top of the instructions.

One would think that the leaders of a worldwide church could, if they chose, address instructions and provide guidance to a subset of the world and plainly label it as such. (Which they have done.) But, KiwiMormon views such as a “gauche, very noisy, and very foreign egg” now intruding in her local nest.

While KiwiMormon has chosen to be offended by the purpose, tone, approach, and content of the instructions, this seems more like a case of her pulling the egg into her nest and there seeking to pick apart something that may not be entirely applicable to that nest.

As evidence that the direction from leaders in Salt Lake City was not needed, KiwiMormon provides the factoid that “20 democracies around the world have legalized same-sex marriage” and that this hasn’t resulted in heterosexual marriages imploding in those places.

A quick look at the 20 democracies reveals that they consist of Argentina, Australia, Belgium, Brazil, Canada, Denmark, France, Iceland, Israel, Mexico, Netherlands, New Zealand, Norway, Portugal, South Africa, Spain, Sweden, the United Kingdom, and Uruguay. (That’s actually only 19. Wikipedia lists the United States as the 20th country, but I didn’t include it because same-sex marriage is only recognized at a federal level, not at all state levels.)

The fact is that KiwiMormon is using faulty logic. Asserting that “marriage is still good” in these other countries and, therefore, Church leaders should not address an issue in the United States ignores two rather salient facts.

First, the Church can—and does—issue leadership directives for individual countries and localities. Yes, the two volumes of the General Handbook are issued worldwide, but these are augmented by local directives that come from area offices. If the commenter wants to know what leaders in her locality are instructed to do, then she should check with those local leaders. I’m sure they could share copies of leadership instructions that they’ve received, if they are so inclined.

(The fact that the Church issues specific instructions to leaders in different localities should not be news. Perennial gay-rights activist and gadfly Fred Karger has been trotting out examples of localized instructions regularly over the past five years as a way to strengthen his anti-Church efforts.)

Because KiwiMormon doesn’t believe that Church leadership has a right to drop “very gauche, very noisy, and very foreign eggs” in any location other than Utah (even though their instructions were clearly made only to those in the United States), she concludes her umbrage with this particular point in this manner:

So, I’m hopping mad that Utah church gets to create a sanctioned flashpoint of discussion within our global congregations. Because as Mormons, when it comes to politics, we tend to only talk about approved topics, and when an official announcement is released it then becomes an approved topic. But of all of the political issues that the Brethren could have gotten their knickers in a twist over, why same-sex marriage?

If the commenter can stop hopping for a moment, perhaps she could understand that the Brethren don’t see same-sex marriage as a political issue. They see it as a moral issue, as they have stated over and over again. In fact, in the instructions by which KiwiMormon is offended, the Brethren are clear that they believe they have a “right to express and advocate religious convictions on marriage, family and morality.” Does KiwiMormon really think the Brethren don’t have a right to give guidance and provide instruction on moral issues?

The second flaw that KiwiMormon finds in the Church’s recent instructions is “the theological one because it’s simply not thorough.” She then goes on to provide a litany of questions (some good questions, actually) that the instructions don’t answer. That she does this after labeling the instructions “plainly a heteronormative narrative pronounced in the name of God” and “just like [earlier] white racist narratives” is a pity. Such characterizations poison the well and does nothing to advance discussion in any meaningful way.

Here characterizations also, quite frankly, appear quite intolerant. What KiwiMormon wants to do is to provide the acceptable moral issues that should be discussed (in her question list) while saying the moral issue of same-sex marriage is off-limits because it is a political issue. Is her moral compass is more sure and true than that of the leadership in Salt Lake?

The biggest problem with her “second flaw,” however, is that in her approach to the “first flaw” she effectively cut off any possible solution for the second. In her upset with the first flaw she didn’t like those “foreign eggs” dropping into her local nest. Yet wouldn’t answers to any of the questions she raises in the second flaw come as such “foreign eggs?” If not, how does she suppose they would come? It seems disingenuous to decry missing answers while opposing the media and method by which such answers would undoubtedly come.

In sum, I found the KiwiMormon essay to be knee-jerk and reflexive. It was a rant, not a reasoned (or reasonable) analysis of the Church’s reaction to an issue in the United States. I have no doubt that her rant will resonate with the “we’re mad as hell and not gonna take it anymore” crowd, but it is unpersuasive to at least this reader.