The rise of the Internet has affected how apologetics is practiced. In days gone by, apologetics was typically low-key and very specialized. As mentioned in the previous installment, an apologist is someone who creates an apologetic—for whatever topic or purpose. The way that apologetics were produced was to write them and have them published in a book or a specialized academic or theological journal.

This made it hard for those seeking apologetic answers, as the books could be scarce and the specialized journals weren’t typically widely distributed. Now that is no longer the case. The Internet has opened the floodgates of information, often deluging those seeking answers with more information than can easily be assimilated.

In the online world, apologists of any stripe have a way to publish their ideas and thoughts. This has led to much more apologetic information available than at any time in history. 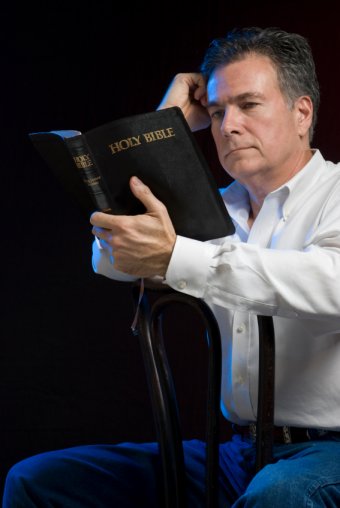 Apologists aren’t the only ones participating within the world of online apologetics, however. In general, there are three “actors” within the field of apologetics:

These designations—apologist, seeker, and observer—are made strictly for convenience in understanding the interactions that take place in the field of online apologetics. They are not formal groupings, but I use them because in over three decades of participating in apologetics (both online and off) I have seen them over and over. I have even acted as a member of the three groups at one time or another.

This brings up another important point—it should be noted that not all the actors in apologetics are clearly defined. (It would be great if those participating could be counted upon to wear a sign that indicated which role they were fulfilling.) At any given point—even within a given day or week—a person could act within all three roles.

For example, a person may come to the field of apologetics as a seeker, but quickly pick up some tidbits of information about a particular topic. The person forms an opinion and then becomes an apologist for that opinion, trying to convince others that it is correct. When it comes to other topics, the same person functions largely as an observer. This can make apologetics extremely fluid and sometimes very frustrating.

The Homogeneity of Apologetics

It should go without saying that apologetics should be practiced (by apologists) in a way that does not alienate the intended audience (the seekers). A mistake often made by those engaging in apologetics, those seeking apologetic responses, and those observing the interchanges between the two is to assume that both apologists and seekers are homogenous groups. They are not.

Perhaps an analogy will work here: Consider the restaurant trade. Restaurants, by and large, are in the business of providing food to those who are hungry. But there are a huge number of restaurants catering to a wide variety of audiences. In many areas you have anything from fine dining establishments where dinner is an experience lasting several hours to drive-through taco stands. The spectrum of establishments fills a need; they all cater to an audience that perceives their individual needs and desires differently.

Understand that the comparison between fine-dining establishments and taco stands doesn’t do justice to the diversity of the offerings under the umbrella of “restaurants.” There are, indeed, scores of types of restaurants, each trying to fill a niche to satisfy what customers may desire (or need) at any given moment.

So it is with apologetics. Anyone familiar with the field should understand that there is are huge differences between what one finds in academic publications when compared to the often-times rough-and-tumble world of message boards. And, obviously, that is speaking only of the online world—there is a whole area of practicing apologists in the offline world as well. Most Christian bookstores have at least a partial shelf dedicated to the genre, and anyone who has attended an LDS temple open house or pageant can find apologetics—good and bad—being practiced on at least one street corner.

Back, then, to the restaurant analogy for a moment. Going through the drive-through of a local hamburger stand will not satisfy a desire for filet mignon. (I can tell you from personal experience that there are times when my craving for a White Castle won’t be satisfied by visiting Applebee’s.) It is important that the consumer be aware of their likes and dislikes and seek an establishment that meets those needs.

The diversity of supply and the fickleness of demand apply in apologetics, as well. Practitioners, seekers, and observers all need to understand that (a) there is a wide variety of approaches and (b) not everyone wants (or needs) every approach.

When it comes to restaurants, you can generally figure out (given enough time) what your desires are and which establishment is most likely to fulfill those desires. In online apologetics a seeker can generally figure out (again, given enough time) what he or she is looking for and which apologetic is most satisfying in fulfilling needs. Unfortunately, there is a fly in the ointment—the observer.

The Advent of the Observer

In historical apologetics (the field as practiced before the widespread advent of the Internet), there were two primary roles: seeker and apologist. An apologist would write an article or a book, the article or book would be published, and the seeker would read the information and either be helped or not.

In the online world, apologetics has become a spectator sport, with a large number of observers who freely comment on the “game.” Each has their own favorite “team” and roots for them with all the fervor of rowdy soccer fans. There are multiple websites set up in which observers weigh in on the comings and goings of both apologetic practitioners and seekers, often mocking those they observe.

Apologists—at least those who have been participating in the field for any length of time—are well aware of the observers, but many seekers—who tend to be newcomers—are unaware of their presence. Just as apologetics can be practiced helpfully and unhelpfully for any given need, so can observing. Just as in soccer, the apologetics observers do not sit idly by, watching the fun. Often they are out on the field, tussling with both teams and trying to affect the outcome. The observers often become, in their own right, apologists for whatever position they feel is beneficial.

In the online world, then, a seeker must not only try to sort out which apologist (and which apologetic) best meets their needs, but also must traverse the often-rowdy world of observers. It is the observers that are pushing and pulling one way and the other, tussling to win rhetorical points (real and imagined) over their ideological rivals.

It isn’t only the seekers affected by the observers, but the apologists as well. Where, in years gone by, apologists could publish their information and have very little interaction with others about that information, now they are in the position of defending their information from observers whose criticisms are often more often than not ideologically based.

The result of the advent of the observer is that apologetics can (and sometimes does) devolve into a free for all where each participant is arguing about this nit or that gnat as they jockey for whatever imagined points they desire. Even if the apologist successfully exercises restraint and refuses to get into the devolution toward argument, the observer is often not restrained and still interacts with the seeker on the field.

This brings us back to the quote I mentioned in my last installment; the one by Austin Farrer. (I’ll post it again, here, for reference.)

Though argument does not create conviction, the lack of it destroys belief. What seems to be proved may not be embraced; but what no one shows the ability to defend is quickly abandoned. Rational argument does not create belief, but it maintains a climate in which belief may flourish. (Austin Farrer, “The Christian Apologist,” in Light on C.S. Lewis, ed., Jocelyn Gibb [New York: Harcourt, Brace & World, 1965], 26.)

If the apologist exercises restraint and steps out of the fray, the historical interaction between apologist and seeker is lost, leaving only the interaction between observers (many of whom are ideologically opposed to the apologist) and the seeker. In such a scenario, it is too easy for the seeker to wrongly assume that the now-absent apologist doesn’t have the ability to defend his or her position and conclude that the observers must be right.

Thus, the advent of the observer makes the job of the apologist more difficult and the position of the seeker more tenuous than was historically the case. Where there used to be very little “background noise” in the field of apologetics, in the online world there is a huge amount of noise. This puts a heavier burden on today’s seekers as they must navigate among the cacophony of voices to discern what is of value and what is mere noise.

(More about why I chose the term “observers” can be found in a subsequent post.)

In closing this installment, I wanted to share a few thoughts on a common refrain from observers. Some have been quick to say that religious belief—particularly among Mormons, but also among all Christians—has declined since the introduction of the Internet. This decline has been noticed and commented upon time and again.

The conclusion most often reached by the observers is that the Internet has made more information available than ever before (some even go so far as to say that the information was previously and purposely hidden) and that this newly available information is responsible for the decline. In the words of one observer, “the widespread availability of information on the internet seems to be one of the key contributors to the acceleration” of those losing faith.

Is the answer to the phenomenon really that simple, though? The existence of two observed facts within the same time period—in this case the rise of the Internet and the decline of religious belief—doesn’t necessarily mean that one caused the other. I suspect that it isn’t only the increased availability of information that has contributed to the decline of religious belief in the Internet age, but also the advent of the observer, as detailed earlier in this post. Such a suggestion, no doubt, does not sit well with observers who like to view themselves as neutral bystanders.

There is an axiom used in the physical sciences stating that the act of observing a phenomenon will affect the phenomenon in some way. In fact, this axiom has a formal name—the observer effect. This effect doesn’t just apply to physics, however.

The Internet has, indeed, made more information available; this is undeniable. But it has also introduced a third party into the historical interaction between apologist and seeker. The advent of observers within the field of apologetics has affected that field, as well; it has produced its own observer effect.

No longer is the informational transaction between apologist and seeker a simple one; the observers quite often have a vested interest in the outcome of the transaction and are not hesitant to participate. They know that the information so readily available is often hard for seekers to assimilate and are all too happy to provide their own assimilative frameworks, very often devoid of any religious belief.

In the next installment I’ll examine some ideas on how a seeker can more successfully make it through the noisy environment of online apologetics.