There is a great, simple, easy-to-read post over on Seth Adam Smith’s blog entitled Marriage Isn’t for You. It was posted a few days ago and it has gone viral (to say the least), being viewed by millions of people. It has been commented on in lots of places, including the Huffington Post, the Today Show, the UK Mail Online, and Cosmopolitan. (Is anyone really surprised that someone writing in the narcicistic journal Cosmopolitan doesn’t agree with what Seth Adam Smith wrote about being selfless?)

While the article is quick to read and the advice of Seth’s dad is easy to grasp (marriage isn’t for you; it is for the ones you choose to love), the comments are not so easy to read. As of right now there are well over 3,600 comments. Besides the perfunctory “great post” and “you don’t know what you’re talking about” comments, there are some that are heart-wrenching and others thoughtful. 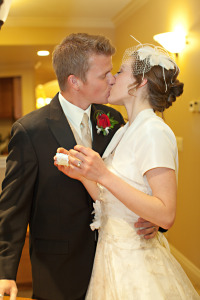 There are a few comments worth commenting on, too. There were numerous commenters who pulled God into their comments, stating some variation of “God is required for a successful marriage.” Others were quick to point out that (1) Seth never mentioned God in his post, so there was no value in bringing Him into the conversation and (2) there are many atheists who have great marriages without inviting God to the party at all.

Of course, both are great comebacks, but that is just what they are—comebacks. Seth is a believing, practicing Mormon who was married under the auspices of his (and his wife’s) religion. If you were to ask Seth if he felt God was important to his marriage, I’d bet dollars to donuts that he would say “yes.”

The truth is that active faith in God, as a personal expression of internal values, mandates that one live as selfless a life as possible. In such instances, God is a partner in the marriage because it is faith in God—and trying to live like His Son—that drives the individual to serve the other.

Do atheists have successful marriages? Sure they do, and just like those with a religious bent, they have a greater chance of a successful marriage if they apply Seth’s father’s advice—put the other person first. Regardless of what you believe (or don’t believe) about God, you love those whom you serve. If you serve your spouse every day of your life without sacrificing your own identity, then you end up reinforcing the love you declared when you married that person.

Further, you should not ever try to “change” the other person. That isn’t service; it is inherently manipulative. You should, instead, seek to change yourself as a token of your dedication to the relationship and trust that your partner will, likewise, show dedication to the relationship by changing himself or herself. The personal changes that each of you seek in your own lives must revolve around shared goals that you have truthfully and honestly adopted together. That puts you both squarely on the “same page,” so to speak, and helps you weather the rough times that always come.

Other commenters talked about dysfunctional marriages involving abuse, drinking, drugs, pornography, and a variety of destructive habits. Stories such as these are heart-wrenching, but they don’t change the rock-solid advice of Seth’s dad. Since Seth’s dad was talking to Seth, he couched his advice as to Seth only. But, honestly, the advice applies equally to both partners in the marriage. Both have to put the other first, or the marriage runs a greater risk of failing. And dysfunction inherently involves not putting the other person first. (And anyone in an abusive relationship should run—not walk—away from that relationship.)

The list could go on and on. The fact is that marriage is hard work. Living with another and learning to love that person as much as you love yourself is hard, hard, HARD work. You will never attain a successful marriage without working on that marriage every day, year in and year out.

It astounds me that people having problems in their marriage would take the advice of a trusted friend who suffered through multiple failed relationships. I don’t care how much you like the friend, would you take construction advice from the person if every building they tried to build eventually fell down? Probably not, yet it is done all the time with relationships.

Instead, look for success and follow success. There are examples of successful relationships all around you, if you open your eyes. (And if you cannot find any examples, even after looking, then you really, REALLY need to get new friends. You have a greater chance of relationship failure if failure is the norm all around you.)

One caveat: A person who has been through five or even ten years of marriage isn’t necessarily “successful” in their marriage. Instead, look for someone married twenty or thirty years, or longer. Those are the folks who can provide good, solid, bankable advice on how to make a relationship work.

Marriage can be successful if both people selflessly work at it, seek competent advice when necessary, and work together on common goals. Hard? Yep. Worth it? You bet. (And this comes from someone happily and successfully married for 37 years.)

2 thoughts on “Marriage and You”