We’ve all heard countering claims before, about just about any topic you can think of. Eventually someone trots out “scientific evidence” that bolsters their claim—whatever that claim may be—in order to win rhetorical points and, by chance, converts to their cause.

Pick your topic; it doesn’t really matter. The competing claims to scientific certitude and competing confusion happen because we ultimately don’t understand science, it’s place in society, and, well, exactly what it really is.

In a fascinating article in The Week, Pascal-Emmanuel Gobry examines “How our botched understanding of ‘science’ ruins everything.” It is well worth a read by those who think that science offers the surest path to Truth (with a capital T) and eventual human bliss.

In Gobry’s words, “we live in an astonishingly unscientific and anti-scientific society.” It doesn’t really matter how educated you are—we all do it badly. And wrong.

The next time someone trots out some study that claims a scientific basis or when you are tempted to trot out your own, think again. 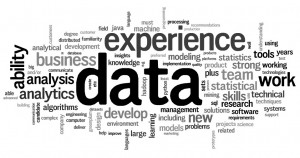