I didn’t have high expectations when I went to see Moms’ Night Out today with my wife. I’m not sure that the movie-going public has high expectations, either, as we went to a late matinee and comprised, between us, about 33% of the people in the theater.

We grabbed our concession goodies, endured the previews and commercials, and then settled in for the start of the movie itself. 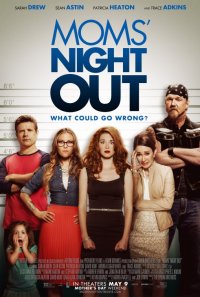 When the movie ended and went to credits, I turned to my wife and said, “How did such a movie ever get made in today’s Hollywood?”

I wasn’t questioning why the movie was made; I believe we actually could benefit by more movies like Moms’ Night Out. The surprise, to me, is that those steeped in Hollywood culture—which often seems antithetical to the very idea of motherhood and family—could create something that reflects decent values.

Is Moms’ Night Out formulaic? To a point, including stereotypically portraying the men as bumbling hangers-on to their stressed-out wives. But the “formula” stopped being predictable, for me, when Bones (played by country singer Trace Adkins) is sitting in the lobby of a police station dispensing wisdom to Allyson (played by Sarah Drew). And, surprisingly, it really is wisdom—something you seldom hear coming out of the mouths of Hollywood characters.

It was refreshing for me. And hopeful. We need more movies that provide their audiences when a good, commendable message that is supportive of the inestimable value of mothers. 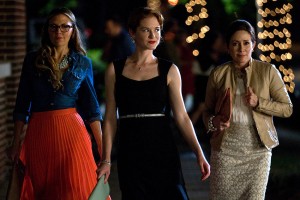 The timing of Moms’ Night Out is such that you can’t help but view it as a Mother’s Day card to the general public. Does everybody like Mother’s Day cards? Probably not, but I think it would take a certain amount of cynicism and callousness to not like Moms’ Night Out. I came out of the show with a smile on my face and I actually felt happy inside. It was good to see a movie with a message that resonated with me.

I really hope this movie does well in the box office. In my book it deserves to do well. If you are trying to figure out where to spend your movie dollars this weekend, go see Moms’ Night Out. Let me know if you enjoyed it as much as I did.