I’m not so young that I don’t remember The Ed Sullivan Show, to which the majority of television-watching Americans paid homage on a weekly basis. The show was an entertainment juggernaut, running for 23 years from 1948 through 1971. Everybody who was anybody was on the show, watched by millions and millions of viewers. 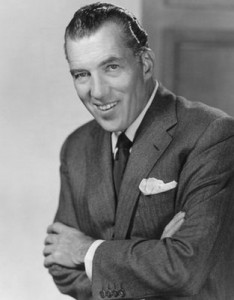 It was on that show, on September 17, 1967, that the popular rock group, The Doors, performed live. The group was asked to sing their hit song Light My Fire, and they readily agreed as the show represented the largest potential audience in the nation.

Jim Morrison, lead singer for The Doors, was asked by the show’s producer to change a single word in the song because the show’s sponsors were uncomfortable with what they saw as a possible reference to drug use. Morrison agreed to change the line “girl, we couldn’t get much higher” to “girl, we couldn’t get much better” for the live performance. In fact, they performed the changed lyric during the rehearsal for the show. 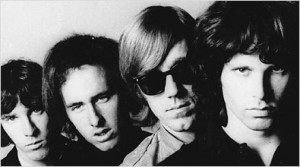 When it came time for the actual performance, however, Morrison used the original wording, infuriating the show’s personnel. Ed Sullivan refused to shake hands with the band members as they left the stage, and a multi-show appearance package that was in the works was cancelled. When informed by the producers of their loss, Morrison famously replied, “We just ‘did’ Sullivan.”

I remember growing up with this story, relishing how the freewheeling Morrison had really “stuck it to” the establishment. Morrison was for bringing down the mores of the up-tight generation that preceded him, and his action proved a point and didn’t hurt anyone.

Hurray for the rebel, sticking it to “the man!”

Morrison and The Doors used someone else’s property (The Ed Sullivan Show) in a way that was contrary to the wishes of the owner of that property. Did they help the greater societal good? The point can be argued, but at what cost was a questionable “win?” What did such actions say to others about the character of the group that misused the trust given to them when they went on the show?

I thought about those events and what they said about the participants earlier today as Light My Fire played on my iPod. It was a different time then, but people (for better or worse) are still the same. Only the names have changed.

In two days I’ll be attending the general conference of The Church of Jesus Christ of Latter-day Saints. Also attending over the two-day event will be an estimated 100,000+ other members of the Church.

On Saturday evening the priesthood brethren of the Church will gather for instruction and encouragement. Historically the speakers have stressed duty, spirituality, and integrity, and many attendees come away with a renewed desire to honor the priesthood they bear. 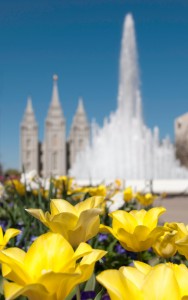 It is planned that a group named Ordain Women, whose goal is the ordination of women to the male-centric LDS priesthood, will show up on Temple Square and request entry to the session. Since the meeting is for priesthood holders and priesthood holders are, by definition, male, they will be turned away.

Members of the group were turned away last year. And, after they requested tickets to the priesthood session earlier this year, they were informed that they wouldn’t be allowed to enter. In fact, they were asked to not even come onto Temple Square and asked to join others in free-speech areas just outside of Temple Square.

(It makes sense that they would be asked to go to the free-speech areas. If you are told you can’t attend a meeting and you seek to attend anyway to drive home a point, you automatically become a protester, or “one who protests” being denied attendance.)

What does this have to do with The Doors and The Ed Sullivan Show? More than you might think. Those who owned the property (the show) asked the participants (The Doors) to behave a certain way. The participants didn’t; they thought they knew better. They behaved as they wanted to, without regard or respect to those who controlled the venue.

The leaders of Ordain Women are leading their group down the same path. Even after being asked to forego their plans by those who own the property (the Church), they think they know better. Despite their desires for what they see as the greater good, they are collectively thumbing their noses at “the man” and showing their displeasure with the way things are.

Hurray for the rebels, sticking it to “the man!”

We’re all better off, right?

2 thoughts on “Come On Baby”