In an essay posted two days ago on Religion Dispatches, commentator Joanna Brooks examined what appeared—at least to her—to be “divergent impulses on LGBT issues” among Mormons. 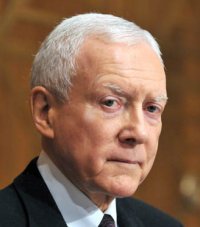 The essay, entitled, “‘Hardwired’ for Hetero Marriage, LDS Tension Mounts Over LGBT Rights,” seemed focused on magnifying the apparent dichotomy between actions by those in the US Senate (including active LDS members Harry Reid and Orrin Hatch) who passed the Employment Non-Discrimination Act (ENDA) and those in Hawaii where the Church is actively encouraging members to oppose legislation legalizing same-sex marriage.

It seems curious to some that members of the Church can support ENDA on one hand but oppose same-sex marriage on the other. Joanna is not alone; there have been numerous other articles appearing in such places as the New York Times, the Huffington Post (written by Mitch Mayne) and Mother Jones. As one would expect, an article also appeared on the Affirmation website.

What all seem incapable of grasping is that workplace discrimination and marriage redefinition are two entirely different issues. Being against discrimination in the workplace doesn’t mean one has to be for changing the millennia-old definition of marriage. 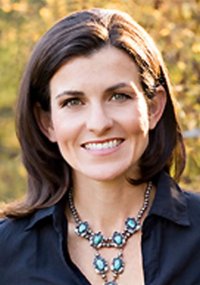 Joanna has long been a champion of LGBT issues and has, from time to time, taken stances on such issues that are the opposite of those taken by the Church. Vocal activists and sympathetic commentators have cast the discussion in such a way that support for one issue and opposition to another is seen as inconsistency. An understanding of nuance seems to be entirely lacking.

The Church has always been opposed to same-sex marriage. It runs counter to the very fabric of our theological DNA. As Joanna says, we are “hardwired” against it. The basis for that hardwiring is that homosexual behavior—which behavior is implicit within the societal stamp of approval granted by same-sex marriage—is considered morally wrong. It is, simply put, a sin. Here’s how the Church states it on one of their websites:

The Church’s approach to this issue stands apart from society in many ways. And that’s alright. Reasonable people can and do differ. From a public relations perspective it would be easier for the Church to simply accept homosexual behavior. That we cannot do, for God’s law is not ours to change. There is no change in the Church’s position of what is morally right.

When it comes to treating homosexuals (or, indeed, all under the LGBT umbrella) differently within the workplace or society at large, that is a different issue. The Church has long been a champion of treating others civilly. Quoting again from the Church’s same website, we find that the Church is very clear on the issue of how we should treat each other as children of God:

This official website does not offer a comprehensive explanation of everything related to same-sex attraction, but it does reflect the feelings of Church leaders as to how we should treat each other as part of the human family. … But what is changing — and what needs to change — is to help Church members respond sensitively and thoughtfully when they encounter same-sex attraction in their own families, among other Church members, or elsewhere.

In an official 2009 statement supportive of non-discrimination ordinances, Michael Otterson stated “I represent a church that believes in human dignity, in treating others with respect even when we disagree—in fact, especially when we disagree.” It is possible to see the support offered to ENDA by LDS legislators to be in the same vein, but that support is not inconsistent with opposing same-sex marriage. Again, the words of Michael Otterson apply here:

The Church supports these [nondiscrimination] ordinances because they are fair and reasonable and do not do violence to the institution of marriage. They are also entirely consistent with the Church’s prior position on these matters. The Church remains unequivocally committed to defending the bedrock foundation of marriage between a man and a woman.

It is a pity that those who support or advocate same-sex marriage (such as Joanna Brooks, Mitch Mayne, and Affirmation) cannot understand the nuance of the Church’s positions on these matters. Understandably, those who advocate same-sex marriage take a different approach to the question of God’s law relative to homosexual behavior. On the Affirmation website the following question is asked:

What teaching of Jesus justifies creating a legal license to treat some people worse than others even unto turning them away out of dislike of who they are or who they love when we’re taught the Golden Rule, a recognition that each person is created in the image of God?

The problems with such questions are manifold. The wording presumes that one would only oppose same-sex marriage “out of a dislike of who they are or who they love.” Such characterizing of one’s ideological opponent in this way is politically necessary, even if it isn’t true. The Church does not “dislike” what Affirmation implies they dislike. What they dislike is exactly what they said they dislike—behavior that is inconsistent with what is understood to be morally right.

Also implicit in the Affirmation statement is the concept, of course, of “who they are.” It is, in the minds of many, an accepted and foregone conclusion that homosexuality is an innate, hardwired (to borrow Joanna’s wording) characteristic, like eye color. Those who believe that the jury is still out on that conclusion are viewed as out of touch with reality. They are stereotyped by their opponents as flat-earthers, 9/11 conspiracists, Luddites, those who deny moon landings, or, worse, racial bigots.

While those outside the Church (such as the writers for the New York Times and Mother Jones) may not understand the nuances of the Church’s positions on nondiscrimination ordinances (like ENDA) and same-sex marriage, those within the Church (such as Joanna Brooks, Mitch Mayne, and Affirmation) really should. And they should be able to effectively explain those nuances to others. That they are unable or unwilling to do so is regrettable.